December 16, 2019 – Anne Altman joins the Board of Directors at Gunnison Consulting Group

Anne is known for her exceptional leadership in the Federal market, and her expertise in the government adoption and scale of cutting-edge technologies. During her 35-year career at IBM, Anne established IBM as a major force in the U.S. Federal market. 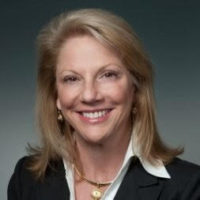 In addition to her exceptional leadership of IBM’s U.S Federal unit, Anne also led the company’s Global Public Sector unit, as well as IBM’s mainframe business, System Z, through one of the most significant product launches in the history of the industry. She is also widely recognized for the development, growth, and mentoring of leaders both within IBM and the broader business community.

“We are thrilled to have Anne join our Board of Directors,” Gunnison’s CEO Gil Dussek commented. “Her deep knowledge of the Federal market will be a tremendous asset to the company, our employees, and our customers.”

“I am excited to join Gunnison’s accomplished board members and impressive leadership team to help guide the Company in its continued evolution to a high-end IT services company,” said Ms. Altman. “With its innovative Big Data solutions, I believe the Company well-positioned to deliver its mission, and I look forward to assisting the team with strategic corporate and business development activities.”

In 2017, Anne co-founded Everyone Matters, Inc., an organization focused on citizen-based services, healthcare, education, and the advancement of individuals and social causes. She is also the Chairman of the Board of Siemens Government Technologies, Inc., and an independent director on the boards of MAXIMUS, Inc. (NYSE:MMS), SPX FLOW, Inc. (NYSE:FLOW), and Techflow, Inc. Anne is an advisor to LiveSafe and CompanionMX.

Anne is a recipient of the prestigious Eagle Award, one of the highest honors issued to technology partners serving the Federal market. She was inducted into Pinnacle Awards Hall of Fame in 2019 and in 2014, was selected by the Greater Washington Government Contractor Awards “Executive of the Year,” for her outstanding contributions to the information technology industry and its clients. Additionally, she has been recognized with a number of prestigious awards including Federal Computer Week’s Top Federal 100, Washingtonian Top Tech Titans, Washington’s 100 Most Powerful Women, AFFIRM Leadership Award for Industry, CIO Council’s Azimuth Award for the Industry Executive of the Year, and Lifetime Achievement Heroines award from March of Dimes.